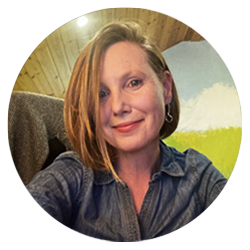 ‘Careful Lady Driver’ by Ciara Geraghty is one of the stories in VOICES, a collection of short stories and essays, edited by Patricia Scanlan and published as part of the New Island Open Door series in conjunction with the National Adult Literacy Agency (NALA). The stories are designed to encourage adults who do not read often, or find reading difficult, to discover the joy of books. Other authors in the collection include Graham Norton, Roddy Doyle, Donal Ryan, Christine Dwyer Hickey, Nuala O’Connor and many more.

She paid for me in cash. I was her first. I sensed her pride, despite her initial reservations about my colour. Some might call it garish and I concede that there are many colours duller than I. Ronald, the salesman, wore a shiny suit. Pastry-white pouches of skin oozed between the buttons of his loud shirt. No, he told her. I was not mustard. I was gold.

I was only six back then. A six-year-old golden Nissan Micra. One previous owner, Ronald said. Which was not the case. I don’t like to doubt him but used-car salesmen can be deserving of their reputation, in my experience.

She stuck an L-plate on my rear window, even though she had passed her test back in Dublin, first time round. London was not an easy city to navigate. That was what she told people when they wondered about the learner sticker.

She was a hesitant driver. The cautious press of her feet on my pedals. The grip of her hands on my steering wheel.

She met him on her second weekend in London. He was older. Her first grown-up lover. He liked to show her off. He brought her to the vintage car shows he often attended. He took her for lunch in traditional English pubs. He would sit her by the window, like an ornament on display. He rarely agreed to travel in my modest interior. When he did, he insisted on driving. He complained about the shrill rasp of my engine, no matter how much oil he administered. And it is true that the engine of his company car purred like a stroked cat.

When she got her promotion, he said she should buy a new car. She did not dismiss his suggestion. Nor did she pursue it wholeheartedly.

She moved from her basement studio flat in Camden into his two-bed ground floor apartment in Battersea. She wondered where the coin-operated electricity meter was. He performed an indulgent smile and called her adorable.

‘You make me feel safe,’ she whispered to him across my faux-leather seats as he drove her few possessions to his place.

He liked things to be pristine and ordered. I daresay this was connected to his brief and, I imagine, earnest stint in the army. Take the respect with which he took to my bonnet and hood at dawn every Saturday morning. He used a soft shammy. I can still see the expression on his face, reflected in my windows. Alert and dogged, the corner of his fleshy tongue trapped between his furiously scrubbed teeth. She teased his careful care but there was a wistfulness in her voice.

She called me Mo. Short for Motor perhaps. I did not mind the name. It had an affectionate tone. It was in keeping with the essence of her – a continual innocence, despite everything.

He could not believe she did not know how to iron. He was appalled at her untidiness. He did not like when she ribbed him gently about the row of his spotlessly clean shirts in the wardrobe – lined up like soldiers on parade.

One Monday night, she parked me outside a pizzeria. Later, I spotted him, across the road. The shadows gave him cover. He stood there for over an hour. His eyes were trained on the window of the restaurant. Through the glass, he could see her with her work mates. Her fork trailed spaghetti as she moved it towards her mouth. When she laughed, she threw her head back. Her hair, loose and tumbling down her back, attracted admiring glances. She looked younger that night. I was the nervous one, truth be told. Perhaps because of how still he stood. Or how long he stood, watching. The darkness covering him like a shroud. And something about the might and power of his body unnerved me. There was a thrum to it, like an electric fence.

He wanted her every night. She asked him why he never looked at her face when they had sex. He sometimes left presents for her to find on the passenger seat: teddy suits, peep-hole bras, suspender belts. They were wrapped in delicate tissue paper, inside discreet brown paper bags. He was strict about their diet and exercise plans. When he found the chocolate bar and crisp wrappers in my glove compartment, he stiffened. He released his hot breath slowly. Like a parent discovering trails of jam from sticky fingers along newly painted walls. He arranged the wrappers on the dashboard in a tidy line.

He did not like her smoking. He said it looked vulgar. He hung a ‘Thank You For Not Smoking’ sign on my rear-view mirror. And he reminded her with his tone of strained patience, his mother had died of lung cancer. She left the sign there.

Once, when he was away on business, she leaned out the sash window of their apartment and chain-smoked. She smoked until the packet was empty.

Sometimes, on the way home from work, she would park at the end of a narrow cul-de-sac. It was near their apartment but could not be seen. She did not have to worry there about him passing by.

She would get out and sit on the kerb, exhaling in long, shaky breaths. I worried about her on those nights. Alone and exposed in a darkening city. It is true that she was a tall girl. A woman I should say. In her mid-twenties perhaps. A mane of long, coppery red hair that she often fought with. She had no idea how random drivers starred at her when she stopped at the lights. I imagined they marvelled at the way her hair glinted gold where the sun touched it. How it framed her small, pale face with the freckles she hated. When she looked up, the colour of her eyes could appear bright blue or gunmetal grey, depending on the day.

That last morning, the colour was difficult to make out. Her eyelids were puffy and the skin beneath her eyes was dark – like inky finger prints.

She flinched at her reflection in the rear-view mirror. She spread her cold fingers on my dashboard. The plastic surface warming as the sun picked itself out of the horizon. It was a small offering on my part but one I was glad to provide.

He made a performance of manhandling the largest box out of the apartment. I could not help overhearing their argument last night. The window was open. He told her she did not have the guts to leave. It is true that the manner of her packing was sluggish and unconvincing. He threw a glance at her. She stayed where she was, not looking at him. He shoved the box into the back seat, balancing it on the suitcase she arrived in London with, five years earlier. There was a seat belt secured about its middle now. The alloy clasps not as dependable as they once were.

‘I managed to fit everything in,’ he said.

She wound down the window. He dipped his head through the frame and cupped her face with his hands. For a moment, I worried that she might stay. A harbour, no matter how exposed, can seem safer than the open sea.

She turned the key.

The laminated A4 sheet with directions to Holyhead lay on the passenger seat. She drove in silence. Her familiar feet pressed against my pedals as we made our way out of London. The glass and brick of the high rises receded in my rear-view mirror. When they disappeared, she cried.

Up ahead, a lay-by. She pulled in and got out. She paced up and down, breathing hard. After a while, she stopped. She stared through my windows, perhaps dwelling on the boxes, perhaps thinking about their contents. A hairdryer. A collection of poetry she bought in a second-hand bookshop – never read. The spoils of their DVD tug-of-war. The first work suit she had purchased with her first overdraft. The trappings of her twenties.

But it was the L-plate that had caught her attention. She had to open the boot to get at it. A box, crippled with shoes, fell out onto the ground.

She picked at the edge of the sticker with her nails. It was stuck fast. Eventually, one of the corners relented. She tightened her fingers around the tiny curl and pulled. It made a ripping sound. She balled it between her palms, took out her lighter. The plastic melted and curdled, emitting a toxic smell. She doused it with water before dropping it into a bin. When she got back into the car, she wound down all the windows. She lit a cigarette and turned on the radio. Turned it all the way up.

I have changed hands a few times since then. Always advertised as the car of a careful lady driver. But that was only true once, a long time ago now.

I have now been sold to a scrapyard by a waferthin, freshly divorced plumber who was finally relieved of his driver’s licence.

He told the judge the licence was all he had left. She said he should have taken better care of it then. It is only a matter of time now. I suppose we all have this coming to us, sooner or later. My golden hue has dulled over the years. Rust has taken the upper hand for the most part – mainly around my undercarriage area.

But there was a moment, back then, when I flashed down a motorway. My windows wound all the way down. The radio turned all the way up.

Carrying a young woman away from something. Except it did not feel like we were leaving.

It felt like we were going someplace, she and I. We were on our way.